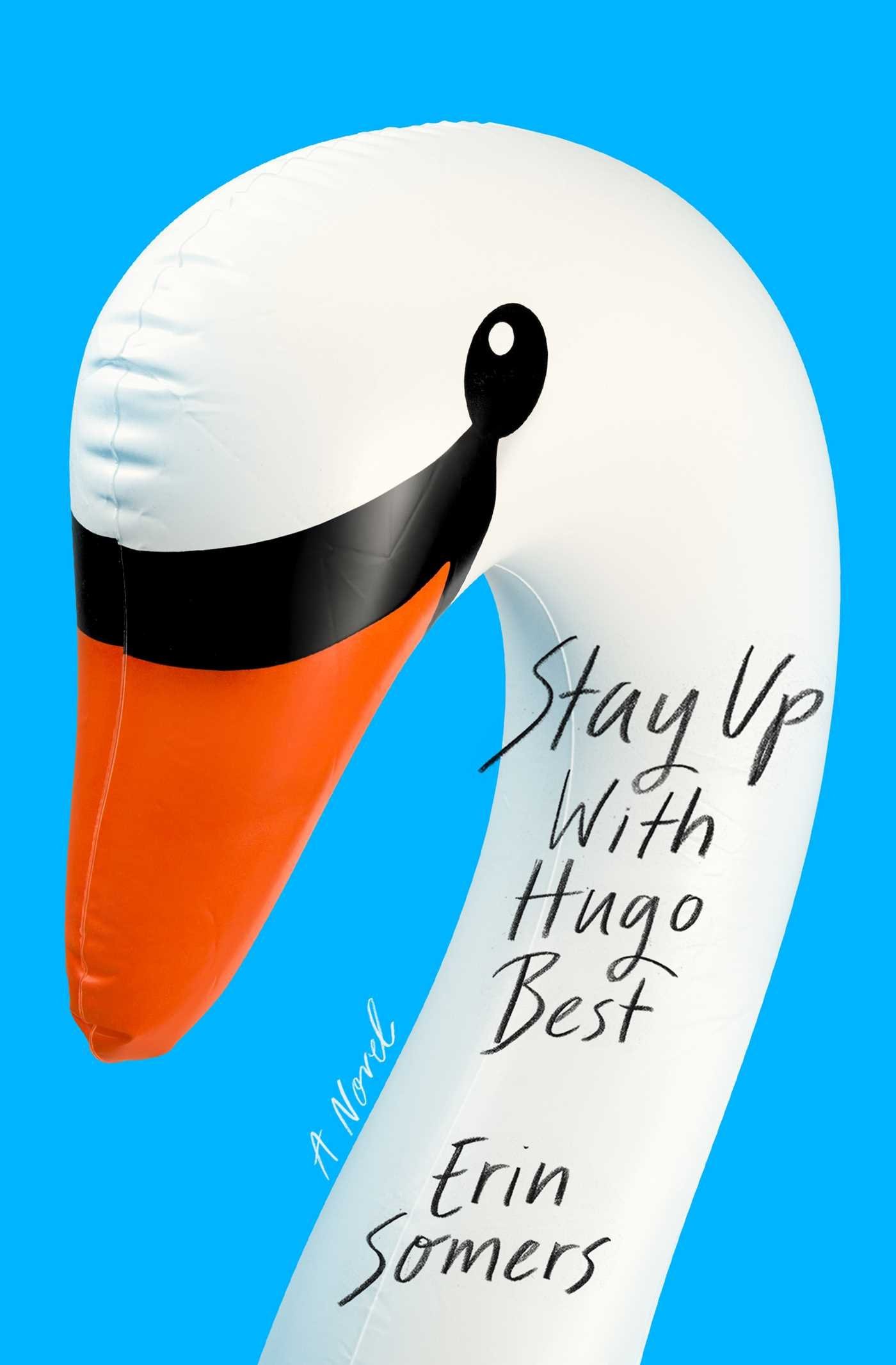 I moved Stay Up With Hugo Best to the top of my list when I was approved to read it, as it sounded like the perfect thing for me, as a woman in entertainment with an affinity for comedy. I wanted to like it, I really did– and perhaps the issue was that my expectations were too high? To me, almost every attempt at humor or cleverness fell just short of being truly humorous or clever. It was actually frustrating, how many times I felt that “this is going to be it!” during the set up, only to be let down by the punch line. Despite the promising plot and characters, the story roams about, with nothing of import really happening. There was a lot of ‘tell’ here, rather than ‘show’, like an extended obituary– not even as interesting as a New Yorker profile.

Now, with all of that being said, Somers is a capable writer. There’s nothing truly bad here, and she’s actually quite good at constructing concise, clear sentences, and telling a story. It’s just that this particular story is like watching paint dry. Her writing actually makes the overall even worse, because, coupled with the overall concept, there’s so much potential here. A has-been, millionaire late night television host and his young, impressionable writer’s assistant spend the weekend together? That is a great hook! Give me something more! Give me the ‘wit’ and ‘hilarity’, the ‘enigma’, the ‘less predictable’, as promised in the description! After being thoroughly confused, I returned to the description to see whether I had mistaken the book; was this meant to be funny? YES. THEY PROMISED. I wanted more debauchery, more scandal, more romance, or at least more searing commentary from June about Hugo, or from Hugo, about the cultural climate. If it was meant to just reflect a sad reality, I think the description should reflect that and not use words like “hilarious”, because that sets the reader up for something… Well, HILARIOUS; not an understated, slow-burn character study. I’ve witnessed this same bad-branding/poor marketing in films, with Our Idiot Brother (starring Paul Rudd) and Funny People (starring Adam Sandler), which were both portrayed as being comedies in the trailers, but were ultimately more about the melancholy side of humor.
Rating: 2.5/5

Buy Stay Up With Hugo Best on Amazon here.

3 thoughts on “Review: Stay Up With Hugo Best”