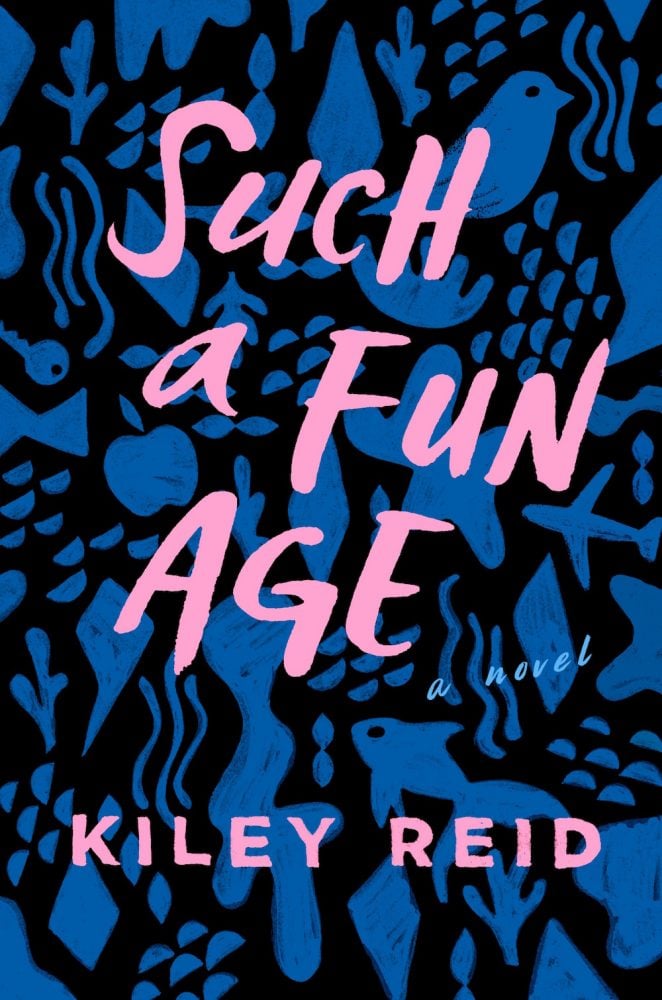 Oookay, so I’m a bit behind the times on this one. Just as it took me a while to finally read Queenie, which I also wound up loving, I was slow to dive into Such a Fun Age. Why? Because honestly, there’s enough divisiveness and racial tension in the world, and quite frankly, I usually look to reading as an escape. For the same reasons, I often pass up heavier literary fiction because my reading time is sort of a meditative thing I do for pleasure. However, these books that take me a bit to decide to actually commit to reading frequently become some of my favorites. See: anything by David Foster Wallace and Julian Barnes, The Secret History, The Unbearable Lightness of Being, etc.)
ANYWAY, let’s focus. Kiley Reid’s debut novel, Such a Fun Age is phenomenal. It does exactly what great contemporary fiction is supposed to do in that it feels effortless and easy to digest, but underneath it lies a cultural commentary which provokes further thought. I love when a book stays with me, and this one certainly has. The story here is simple, without much in the way of action, and focuses on domestic issues, with race, wealth inequality, and societal status all playing a role. It all feels completely believable, and Reid succeeds in creating tension among the characters without having to cram anything down your throat. There’s no ‘bad guy/gal’ here, nor is there a ‘good guy/gal’; instead, the characters are all flawed in their own ways, but we get the sense that each of them is trying to do their best to get by, which is generally the case in real life. So often, authors get trapped in their own story, letting their own emotions get the best of them so that they create one-dimensional characters in order to force their agenda.

Here, I think all of the characters are likable to an extent– maybe because I know so many people who are exactly like Alix and Kelley, as well as Emira and Zara. It was great to see some satirical moments in which Reid subtly calls out the woke folk for their hypocrisy and their use of ethnic friends as a way to gain cultural currency. I think this book really hit home for me, though, because I was raised by an African American nanny, and I have always consistently felt more comfortable around African American people, or a ethnically mixed group of people, than I do around a group of people who are my own race. Why? I have no idea. Maybe it brings back my childhood. Or maybe because I find African American people in particular to be more warm and welcoming of me (just speaking from my own experiences here, not generalizing). I don’t know. But whatever the case may be, I am aware that this is odd, and as I look back on my childhood, I can see how complicated the relationship can become when people are paid to essentially be a part of the family. There’s a commodification of love and care, but also there’s a question as to whether the relationship, forged only as a result of an exchange of money, is made false because of its very nature? Or is it possible that the relationship is real, regardless of the transactional element? I think this book does a great job exploring that, as Emira does truly grow close to Briar and vice versa.

Buy Such A Fun Age on Amazon here.