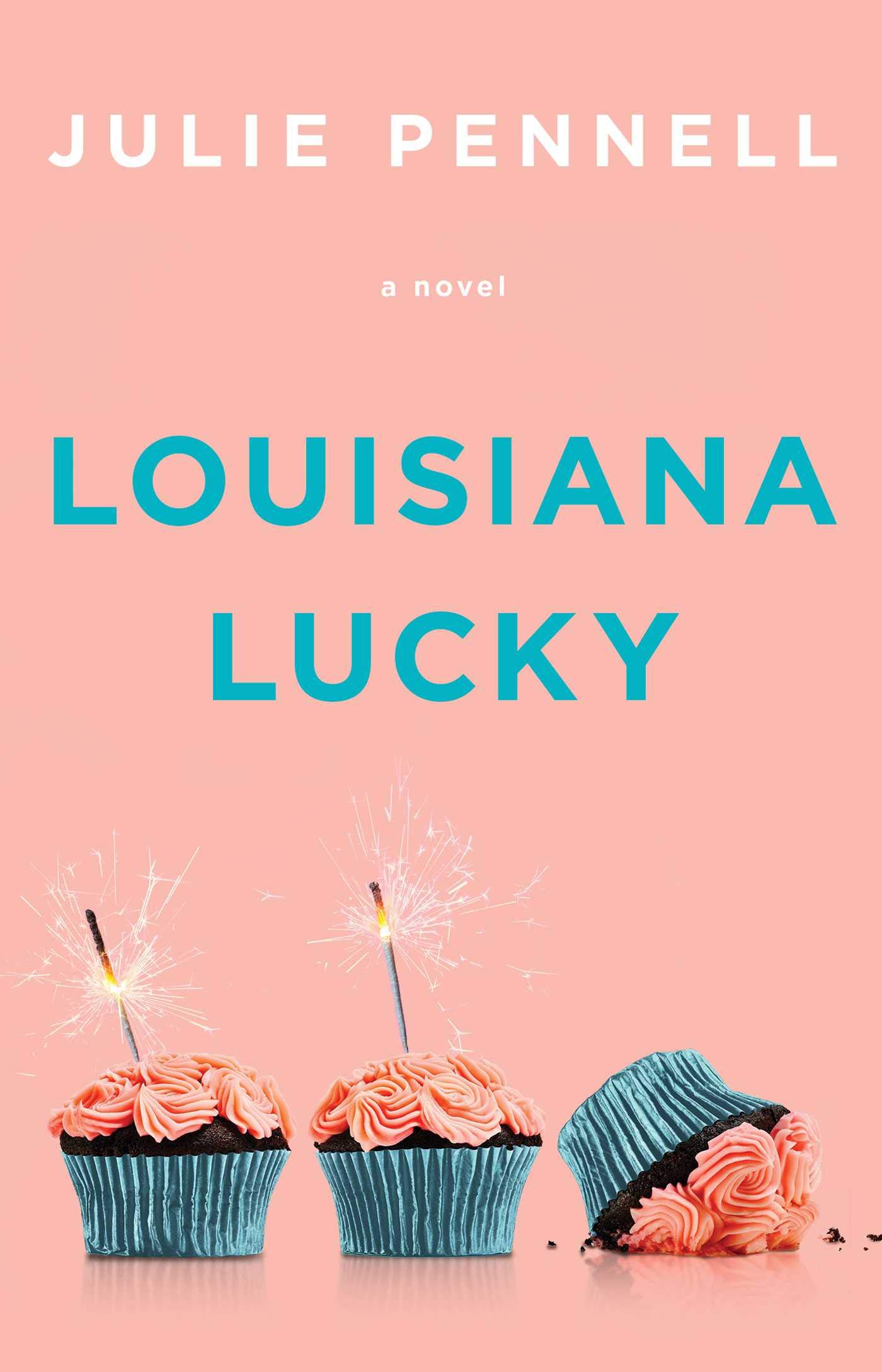 Who says don’t judge a book by its cover? Julie Pennell’s latest effort, Louisiana Lucky, is just as adorable in its content as its cupcake-covered cover.

Three sisters win the Louisiana lottery, each winding up with 22 million dollars– life changing money for anyone. What I loved about this book is that, as fun as the book is itself, it has the added fun of putting yourself in that space. It stirred up thoughts of ‘what would I do with that money’, as I’m sure is the intention. In that way, it’s more of a collaborative, experiential book than most. All three storylines are sort of ridiculously predictable, as all three protagonists move along what is essentially the same arc, from barely getting by financially and emotionally, to the initial highs afforded by their new, spendy lifestyles. Not surprisingly, they’re all brought back down to face the old cliche, ‘money can’t buy you happiness’, or else some milder version of the curse of lottery winners. In the end, after they’ve learned their lessons, so to speak, all is well. Each emerges better for having experienced hardship (wiping their tears with money, I would imagine), but we as readers are left satisfied that the grass isn’t always greener.

While the book isn’t groundbreaking, it’s well-written and delivers exactly what it promises: a cute story, likable characters, romance, and sisterhood. It offers a wonderful bout of escapism, which is particularly welcome at this time, given the current state of the world. I’d definitely like to read The Young Wives Club.