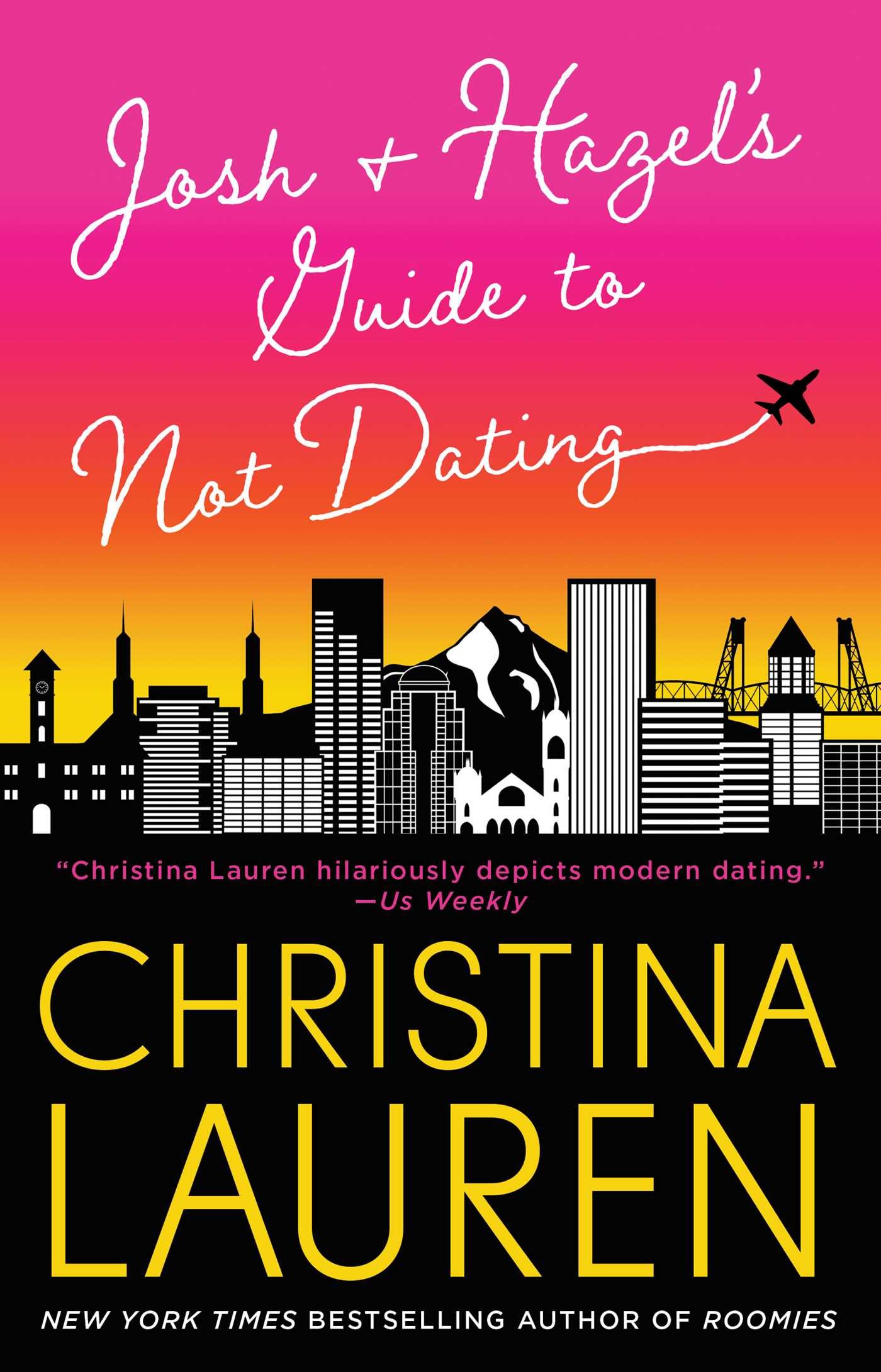 This is my first foray into the duo that call themselves Christina Lauren, and I wasn’t disappointed. Josh and Hazel’s Guide to Not Dating is exactly what it claims to be: quirky heroine becomes best friends with the hottie from college, fun and emotional chaos ensues as they attempt to set one another up on blind dates that go poorly, until they realize they’re in love. It’s a simple romantic comedy, which is anything but simple to construct, so kudos to the authors.

Something that really stood out to me about this book is that you could almost feel the authors having fun together as they created their story. Obviously I got a sense of Josh and Hazel, who are both thought out and detailed characters, as I read, but there was also a pervasive sense of the authors. I could see Christina Hobbs and Lauren Billings  sitting together, perhaps with mimosas on Sundays, shooting the shit, maybe sharing some anecdotes, and crafting these characters with whom they themselves have fallen in love. Maybe I’m wrong and they’ve just been paired together by their publisher and in reality, they barely speak to one another, working mostly over e-mail exchanges of chapters. In which case, bravo to them, as they’re even more brilliant than I thought.

Aside from that, what kept bouncing through my head were similarities to Helen Hoang’s debut The Kiss Quotient, which was released a mere three months before this. Both books are romantic comedies featuring extremely quirky/conventionally “undateable” lead females, hunky, Korean, men, with that cultural element being a nice little thread throughout. Not that I think there’s any plagiarism here– I’m sure this book was already at the presses when Kiss Quotient was released– but  I think that having read them in such close proximity, it flattened this for me. Both are well written, and I’d actually give the edge to Josh and Hazel’s Guide to Dating as far as writing is concerned. It is slightly more clever and the writers feel more seasoned in this genre, capturing all of the hallmarks of romantic comedy without crossing over into being cliche. This is especially clear in the sex scenes, which is maybe a strange thing to compare, and I’m certainly not a connoisseur of literary porn, but where Hoang’s scenes go too far overboard, Lauren is able to craft a steamy scene that doesn’t make you roll your eyes.

Would I recommend this book to fans of the genre? Absolutely. While it’s not breaking any boundaries, it ticks all the boxes for romantic comedy and would be a nice poolside read. If you’ve read Kiss Quotient, I’d give yourself a little breathing time so this doesn’t feel stale. Unless you were obsessed with that book and want more of the same, now, then have at it.

Buy Josh and Hazel’s Guide to Not Dating on Amazon here.